It is a delight to launch the 2021 Prajnya Gender Violence in India report, on the first day of the 2021 16 Days Campaign Against Gender Violence. The report hopes to articulate the many ways in which gender violence manifests in our society, the laws that address specific types of violence, and a compilation of cases and statistics.

As rightly said by Dr. S. Shakthi, who moderated the session, "each iteration of the report [since 2009] has built on those that came before it, and the 2021 report carries with it, in some sense, the history of Prajnya itself." We are also glad to mention that the 2021 report, by our author-curator (for the second time in a row!) Kausumi Saha, includes a new chapter on 'Gender-Based Violence against Dalit and Adivasi Communities'. Along with Kausumi, we also had with us, as our special guest and commentator. Dr. Rukmini Sen, Dr. B. R. Ambedkar University, Delhi, who was kind enough to offer her valuable insights on the report. You can watch a saved copy of the recording here. 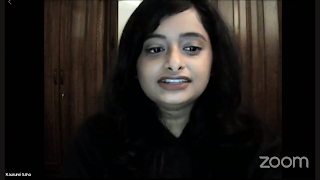 Kausumi Saha opened the session with her experience on curating the report, and on the importance of adopting an intersectional lens while looking into gender-based violence. 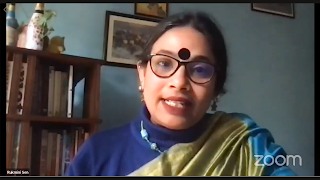 Prof. Rukmini Sen, during her comments on the report, shared with us the different theories that have shaped feminist spaces, and that it is imperative for us to (re)imagine feminist politics. She also highlighted that violence against persons with disabilities, and transgender persons continue to remain invisible in conversations centering around gender-based violence, and it is critical to create spaces for such dialogues.
Read the full-text of Dr. Sen's talk here.

You can access the Gender Violence in India report 2021 here.

The programme video is also available on our YouTube channel here.