The second day of the Prajnya 16 Day Campaign Against Gender Violence was on contextualizing dowry, examining the dowry act, and tracing the various dowry-related movements. The 'Dowry At 60: A Review Panel' had Akila R (Advocate), Dr. Bharti Sharma (Activist, Shakthi Shalini), and Professor Sharada Srinivasan (University of Guelph) as the key panelists. The session was facilitated by senior journalist Ammu Joseph, who began by shedding light on how despite the campaigns launched by women groups against dowry and the changes in legislation, coupled with the changing perspectives of reports by the press on the issue, the problem of dowry demands and the resultant harassment of young newly-wed women continues to exist in our society. 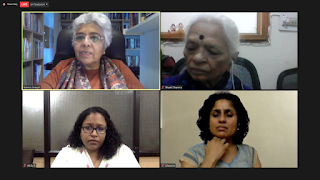 The audience was very lively, and towards the end of the session aimed to steer the discussion to a number of topics, including (but not limited to) the question of caste, the role of liberalization, the propelling of ideas through popular culture, ideas surrounding ostentatious weddings and the changes that have come to the forefront since COVID-19.

You can watch a saved copy of the recording on our Facebook page or our Youtube channel. 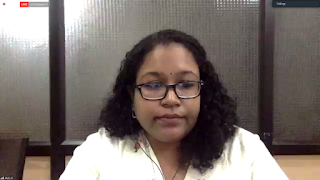 Our first speaker, Akila R opened the discussion by highlighting the legal remedies that are in place. She presented, in a concise manner, the various sections covered in the Dowry Prohibition Act (1961), and also drew us to the fact that laws formulated to protect women from demands of dowry and the resulting harassment have a gender-blind outlook. 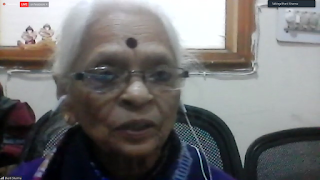 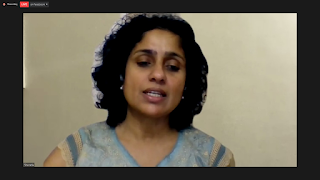 Prof. Sharada Srinivasan, our final speaker for the event explained the persistence or worsening of the practice of dowry despite the existence of legal remedies.
Watch Dr. Srinivasan's presentation here.
Watch the panel recording here on our YouTube channel.
Posted by Meghna Menon at 9:29:00 PM