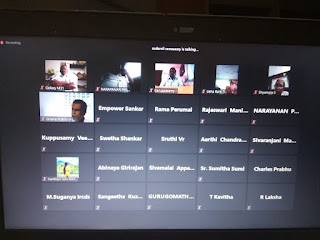 We invited service providers from all the districts of Tamil Nadu to an afternoon of sharing and discussion around the increased frequency of domestic violence and other forms of gender-based violence during the pandemic lockdown.

Thirty-three districts were represented by 24 NGOs, some of whom worked primarily in the area of domestic violence support services and others whose work brought them into contact with survivors whom they went on to help. Prior to the meeting, NGOs filled out a short survey. We will compile those findings and notes from this discussion into a report before Pongal 2021.

Some common experiences and themes that were mentioned in the presentations: 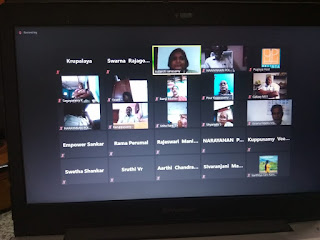 This summary barely captures the richness of the discussions. There was great interest in follow-up activity and suggestions included:
We were overwhelmed by the response and enthusiastic engagement by our partners but dismayed that some of them had to struggle with connectivity issues and could not make their presentations. In this information age, we were reminded that the digital divide has not been bridged at all.
Posted by Swarna Rajagopalan at 9:53:00 PM