On December 8, 2021, Prajnya invited partner organisations from around Tamil Nadu to share with us their experiences and insights on the rising prevalence of child marriage in the pandemic period and their thoughts on how to prevent this. The consultation was preceded by a survey. A report on the survey as well as the statements during the consultation will be published around Pongal 2022. Here is a short summary of major themes that emerged at the December 8 consultation. 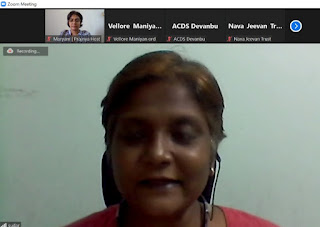 Social workers and activists present at the consultation listed several contributory factors. The most common among them was economic distress. Poverty, joblessness and migration made parents likely to get their daughters married early. Knowing this, it was observed, middlemen (marriage brokers) prey on single parents to entice them to get their daughters married. Poor awareness--not just in the community but critically among the police, child protection services and government offices were also important for the failure to prevent child marriages.

The rise in child sexual abuse and incestuous sexual violence was also a trigger.

Astutely, some participants observed that the uncertainty induced by the pandemic also influenced parent decisions to get girls married so they would be secure should the parents die.

More cynical reasons proffered included the lower cost of weddings during the pandemic (fewer guests, no travel, etc.). The widespread use of smart phones, necessited by online schooling, exposed children to chat rooms and pornography. Parents, less educated than children, had no way to monitor this. This drew children into romantic and sexual relationships and marriage.

Finally, some participants also mentioned traditional practices of arranging marriages early within the family in order to keep property intact.

If girls became vulnerable to early marriage, it was mentioned repeatedly that boys were likely to be used as child labour. Girls who went to work and who were earning well, were sought after for marriage too. 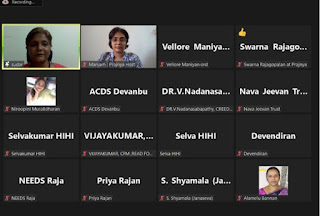 The most important remedial measure, suggested by almost every participant was awareness. Community awareness of the consequences of child marriage, especially on the health of young girls, is important. So is the creation of awareness in government agencies responsible for preventing child marriage and punishing it. Participants listed in this category, the police, the social welfare department, protection officers and even local health services.

The second was the setting up of protection offices closer to the community and not just at district or block headquarters.

The third was prompt registration, trial and punishment of cases.